Do you want to achieve your full potential, to master and to use your physical and technical skills to the fullest when you need them most, when it is time to perform?  It is time to start working on your inner part that controls it all: your mental skills!

I have 15 years of experience in mental coaching and preparation with world-class athletes, and I want to put my expertise at your service, so you may achieve your highest goals and objectives.

I played professional tennis for 10 years (highest rankings: French #18, ATP #180), during which I discovered and learned the techniques of mental coaching and preparation, first as an athlete.
Due to a severe injury (double herniated lumbar disk) and a surgery at age 22, I put an early term to my tennis career at age 26.
I quickly transitioned into coaching tennis players. At the same time, I began studying and receiving formal training in several techniques of psychological and mental coaching (NLP, Transactional Analysis, etc.), which I integrated to the coaching work I did with my players.
I obtained outstanding results fairly rapidly with my players, and especially through the use of mental coaching tools and techniques. As a result, I decided to focus specifically on mental preparation and coaching for high-level athletes and poker players.
For the last ten years, I have been coaching many athletes and poker players, who all had ambitious goals and strived to optimize their potential. 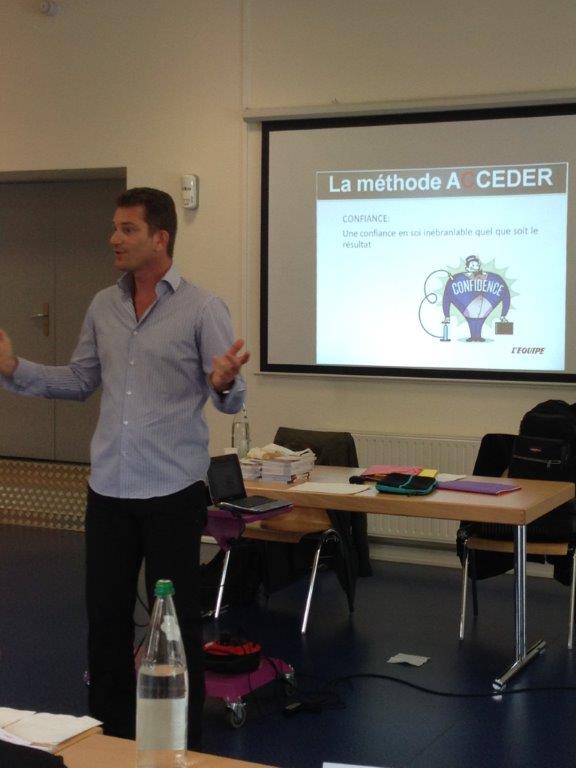